This search form uses an instant search feature. As you type, search results will appear automatically below the search field. When you've entered you desired search terms use tab to navigate through the available results and hit enter to open the selected page or document.
AHS Wrestling Program Approaches State Championship
Arkadelphia Public Schools
Wednesday, February 17, 2016 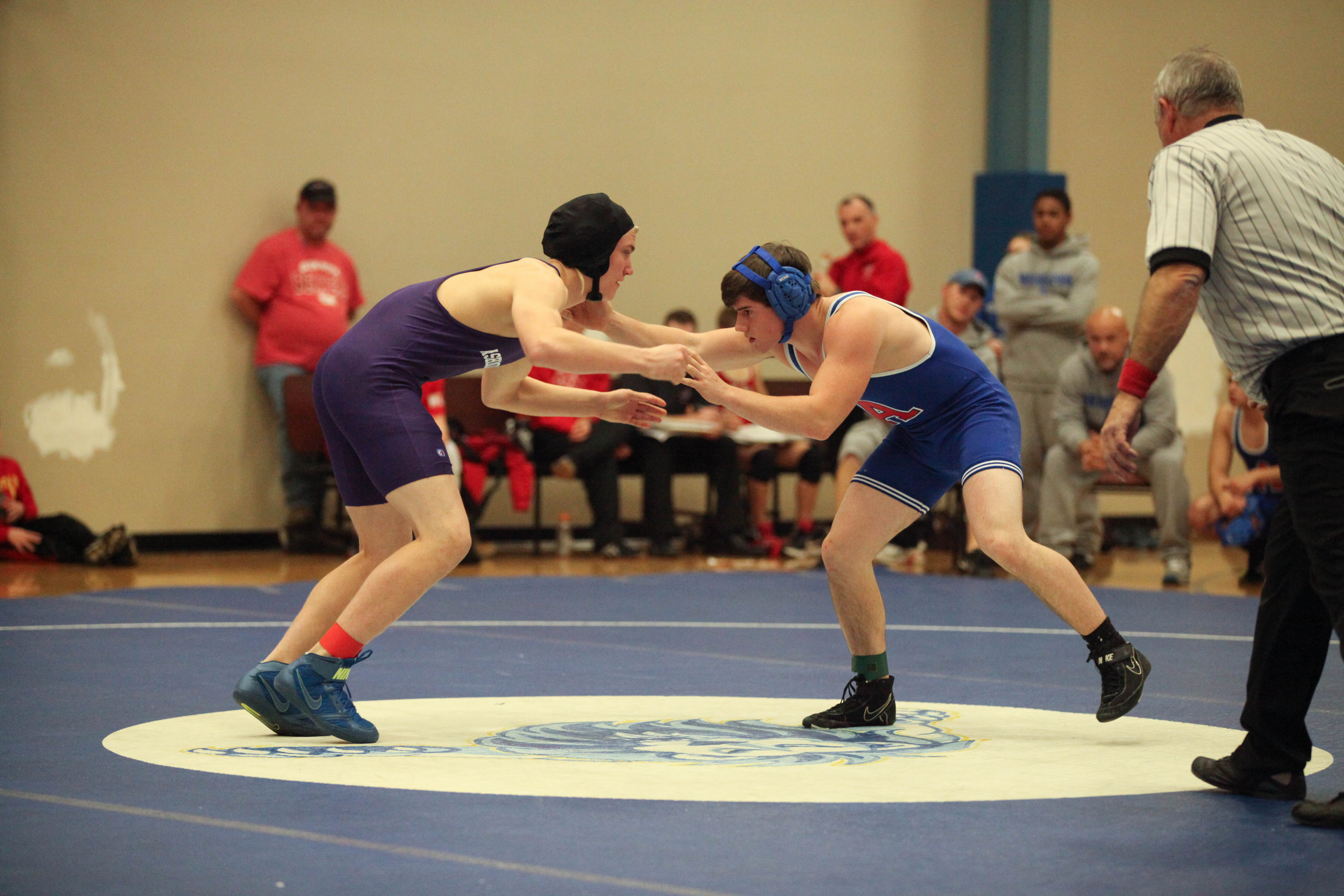 Arkadelphia Superintendent Dr. Donnie Whitten and Athletic Director Chris Babb first announced the inception of the wrestling team on June 12, 2015. The two, along with AHS Coach J.R. Eldridge, noticed the increase in popularity of wrestling in Ark. and wanted to give Arkadelphia students the opportunity to participate.

“We’re very excited for our students who have formed our inaugural wrestling team to represent AHS,” Babb said. “Coaches Casey Moreland and JR Eldridge have really done a great job with our group, many of whom have not wrestled before.”

In addition to the dedication of Moreland and Eldridge, the support from the community has influenced the Badgers’ success tremendously thus far. Todd Allen, Ouachita Baptist University’s head wrestling coach, and current OBU wrestlers have volunteered to help Arkadelphia begin the program.

“I think the wrestling program has gotten off to a great start,” Eldridge said. “Coach Moreland’s leadership for the program has been excellent. He has really been able to motivate the athletes. The experienced wrestlers continue to improve, and the new wrestlers are learning everyday. We have been very successful at our duals.”

The Badger Wrestling program had its debut at Hot Springs High School on Jan. 19. The team wrestled Hot Springs and Benton. Goodrum, a sophomore at AHS, was the first individual win for Arkadelphia, accompanied by Rodgers, Curlin, Jarboe and Dawson.

“We have had football players that are non-experienced wrestlers win a couple of matches,” Moreland said. “I was pretty satisfied with that, because the only thing they know is what they’ve been taught here. I know that was due to what they’ve learned through OBU or us. I felt good about that.”

The wrestling team practices every Monday, Tuesday, Thursday and Friday at 3:30 p.m. For the first two weeks, Eldridge and Moreland focused solely on conditioning and getting the wrestlers in shape. As mid-season approaches, the Badgers are spending more time doing drills and facing each other in practice matches.

“The Badger wrestling team has brought great energy to their matches and has seen individual and team progress even in such a short time,” Babb said. “It’s been fun to see the excitement grow among the group, as they get more and more comfortable with the sport and learn some of the techniques that will help them. Even as a young program, Coach Moreland believes that in talking with other coaches and those affiliated with the sport of wrestling around the state that our group has a chance to hold its own at the State championship in Little Rock in mid-February.”

The State Wrestling Championships will be held at the Jack Stephens Center on the campus of the University of Arkansas at Little Rock. Championship matches will begin Friday morning, Feb. 19 and will conclude on Saturday with the finals. Information will be posted on Twitter: @APSD_Athletics and Facebook: "Badger Athletics". We would love for you to come out Friday and show your support!