This search form uses an instant search feature. As you type, search results will appear automatically below the search field. When you've entered you desired search terms use tab to navigate through the available results and hit enter to open the selected page or document.
Dr. Kenneth Harris receives President’s Award from Arkansas School Boards Association
Hanna Dean
Tuesday, January 31, 2017 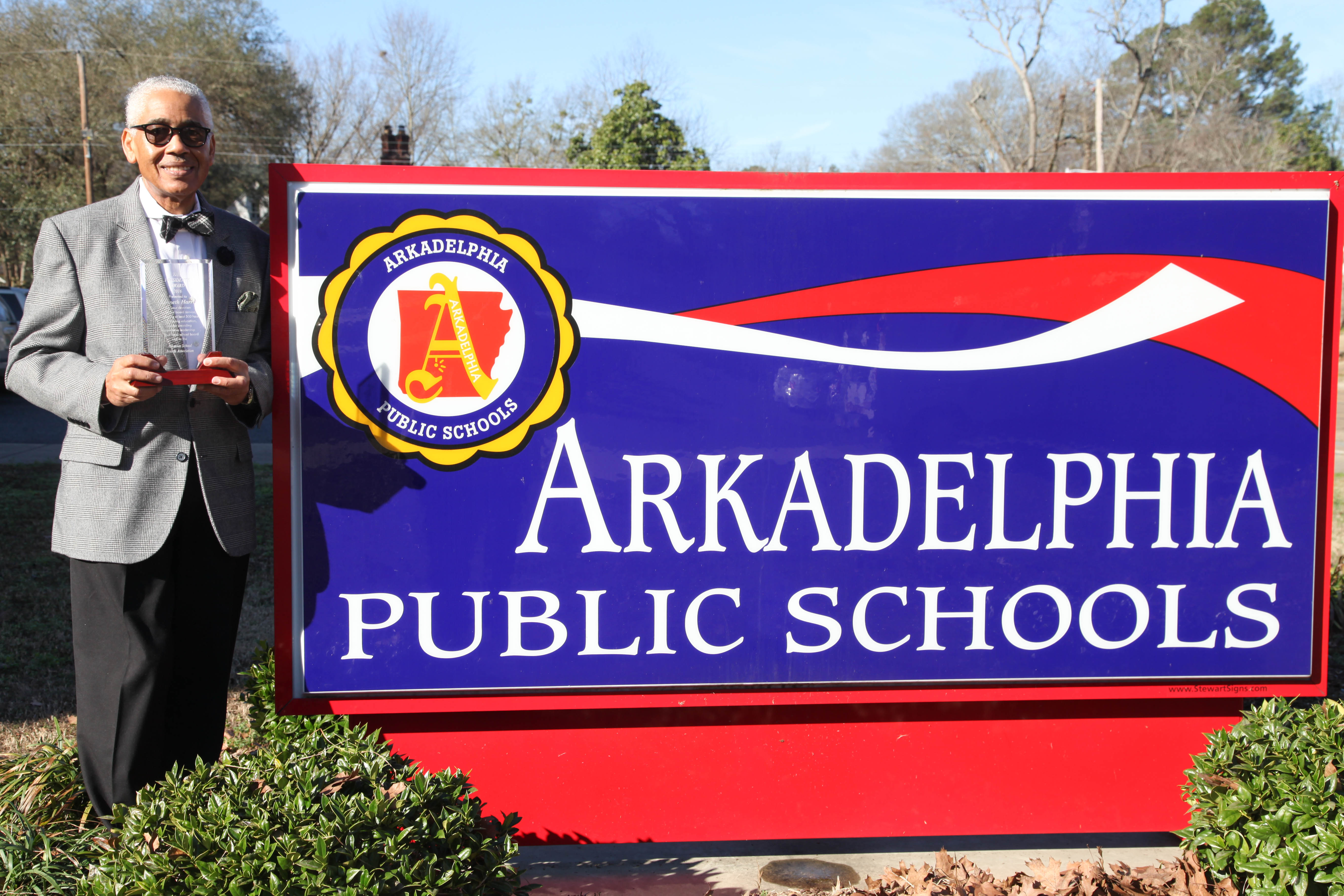 Over the 34 years that Harris has served, he has played a vital role in the district’s many achievements such as the construction of the Badger football stadium, the development of the early childhood program, helping two Arkadelphia campuses receive recognition as a National School of Excellence, and the passage of the millage allowing two new schools to be built, along with countless other contributions.

Aside from all of these successes, Harris’ finds the most fulfillment in the achievements of the students and faculty.

“Anytime we can recognize students for their achievement, as well as recognizing staff and faculty for the work that they do, I’m always elated,” he says. “And to know that our graduation rate is very good, along with number of students who go on to post high school training or college. Those are some of the things that really make me very proud to be a part of. Our community is exceptional.”

Harris previously received the Platinum Award for completing 400 hours of professional development, as well as the Service Award for serving 30 or more years on the Board of Education.

“Dr Harris, with many years in higher education and over 500 hours of school board specific training, is a virtual “Treasure Trove” of knowledge and insight and an asset to our board,” said Board of Education President Randy Turner.

Harris had three motives for becoming a devoted member and leader on APSD’s board: his child, his career and his passion for diversity.

“Education is my field, my career,” Harris said. “I felt that I could make a more significant contribution to the community by serving in an area that I’m most familiar with. Plus, I had a child in the school system.”

When the only minority on the school board stepped down, Harris stepped up in an effort to maintain diversity on the board and was elected in 1983. Since then, Harris has served as president, vice president and secretary.

“I get asked a lot of times, ‘You’ve been on the school board for 34 years. Wow! Why?’” Harris said. “My rhetorical response is, ‘Somebody has got to do it, so why not me?’ I understand education. Many of the challenges that we have to deal with to educate kids, I am very familiar with. I helped to train teachers. Many of the teachers that we have in this district, probably a greater percentage of them, I have had as students, including our superintendent. It is an honor for me to give back and serve.”