This search form uses an instant search feature. As you type, search results will appear automatically below the search field. When you've entered you desired search terms use tab to navigate through the available results and hit enter to open the selected page or document.
Badgers, Leopards Set to Square Off With Playoff Seeding on the Line; Parking Info for Friday Night
Arkadelphia Athletics
Wednesday, November 05, 2014 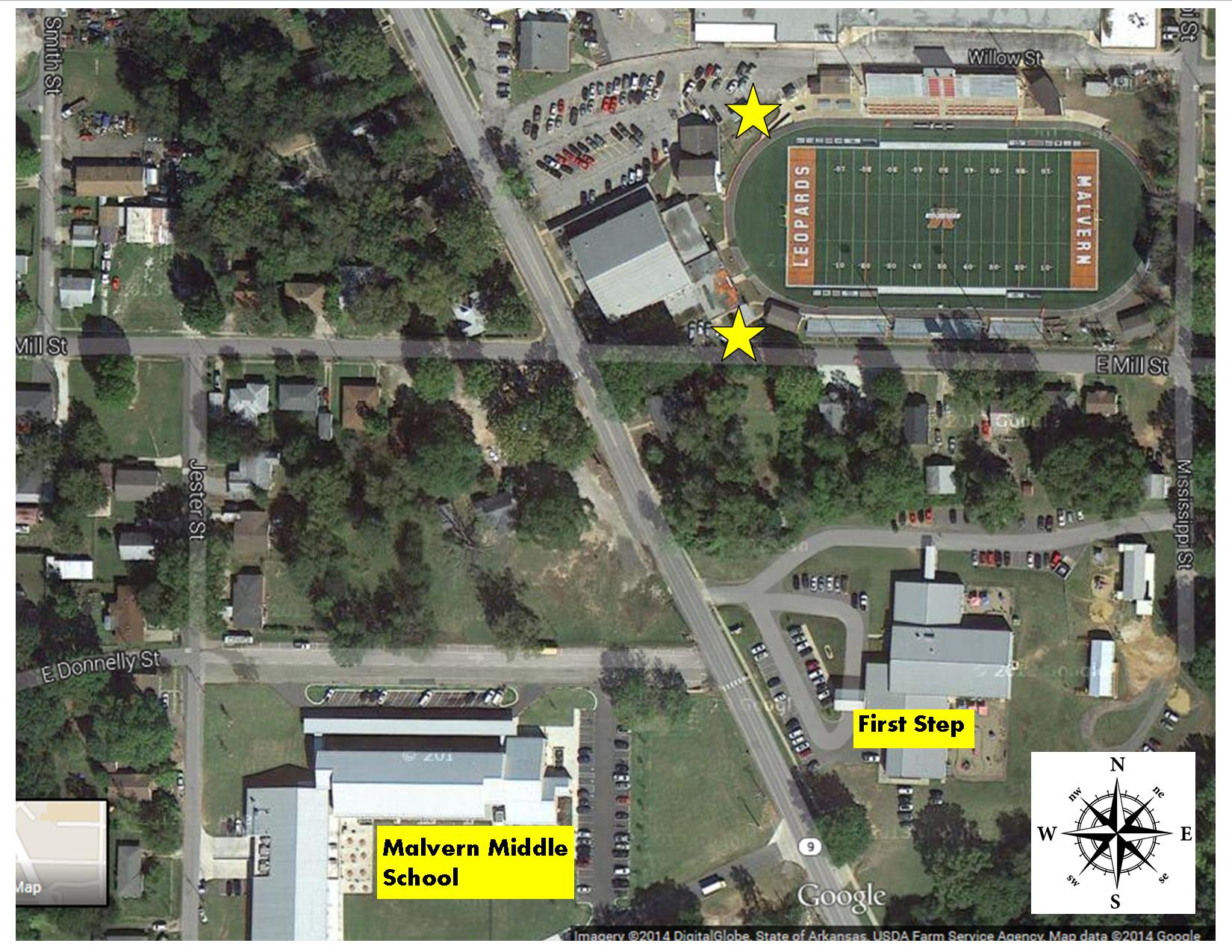 Week 10 of the Arkansas High School football season brings with it excitement as teams jockey for playoff seeds and many teams wrap up the regular season with rivalry games.

Such is the case for the Arkadelphia Badgers as they will make the 20-minute trip up I-30 to face the Malvern Leopards Friday, November 7, at 7:00 p.m. at Malvern High School’s Claude Mann Stadium.

There is an outside shot that the winner of the game would earn a share of the 4A-7 Conference Championship, but that would require a loss by Nashville at Bauxite Friday night. Regardless, the teams will be playing for seeding and the privilege to host a first-round playoff game on November 14.

The top seed from the 4A-7, clinched by Nashville last week, receives a bye and the 2nd and 3rd seeds will host a first round game.

The most likely scenarios would have Arkadelphia as the 2nd seed from the 4A-7 with a win over the Leopards and Malvern would be the 3rd seed with a win over Arkadelphia. The loser of Friday night’s game will most likely be the 4th seed from the conference and will travel for the first round. Not only could the Nashville/Bauxite game alter that scenario, but also the Mena/Waldron game plays into the scenario as Mena could be the 2nd or 3rd seed from the conference, with an outside shot of being 4th seed with a loss to Waldron. The 5th seed from the league will be the winner of Friday night’s Ashdown/Fountain Lake game in Ashdown. Both of those teams enter the game with a 2-4 league record.

Malvern comes into the Arkadelphia game with a 4-2 conference record with losses coming to Mena and Nashville. The Badgers also hold a 4-2 league mark with their losses coming to Nashville and Ashdown. Arkadelphia is coming off of a 49-7 Senior Night win over Bauxite last week home while Malvern suffered a heart-breaking 28-26 loss at Nashville as a game-winning field goal attempt with 10 seconds remaining in the game was blocked by the Scrappers.

As is normally the case with any Arkadelphia vs. Malvern game, a large attendance is expected and parking will be at a premium so Arkadelphia fans traveling to Malvern may find the following information useful as they prepare to travel to Malvern Friday night.

Parking around Claude Mann Stadium on the Malvern High School campus has been affected as Malvern is building a new arena adjacent to the existing gym and field house, eliminating the parking lot that was just to the west of the stadium.

The visitors’ side is on the south side of the stadium and a visitors’ entrance has been added for fans to help with congestion getting into the game. The two entrances to the stadium have been identified on the map with yellow stars.

Arkadelphia fans are welcome to park at Malvern Middle School pictured to the southwest of the stadium on the map or in the First Step parking lot, also identified. Fans may also park behind the visitors’ stands on East Mill Street and at various places to the east of the stadium on Mississippi Street. If fans park along the street, please be mindful of houses and driveways so as to not block the way of residences or businesses in the vicinity of the stadium.