This search form uses an instant search feature. As you type, search results will appear automatically below the search field. When you've entered you desired search terms use tab to navigate through the available results and hit enter to open the selected page or document.
Central hosts annual Veterans Day Celebration
Arkadelphia Public Schools
Wednesday, November 16, 2016 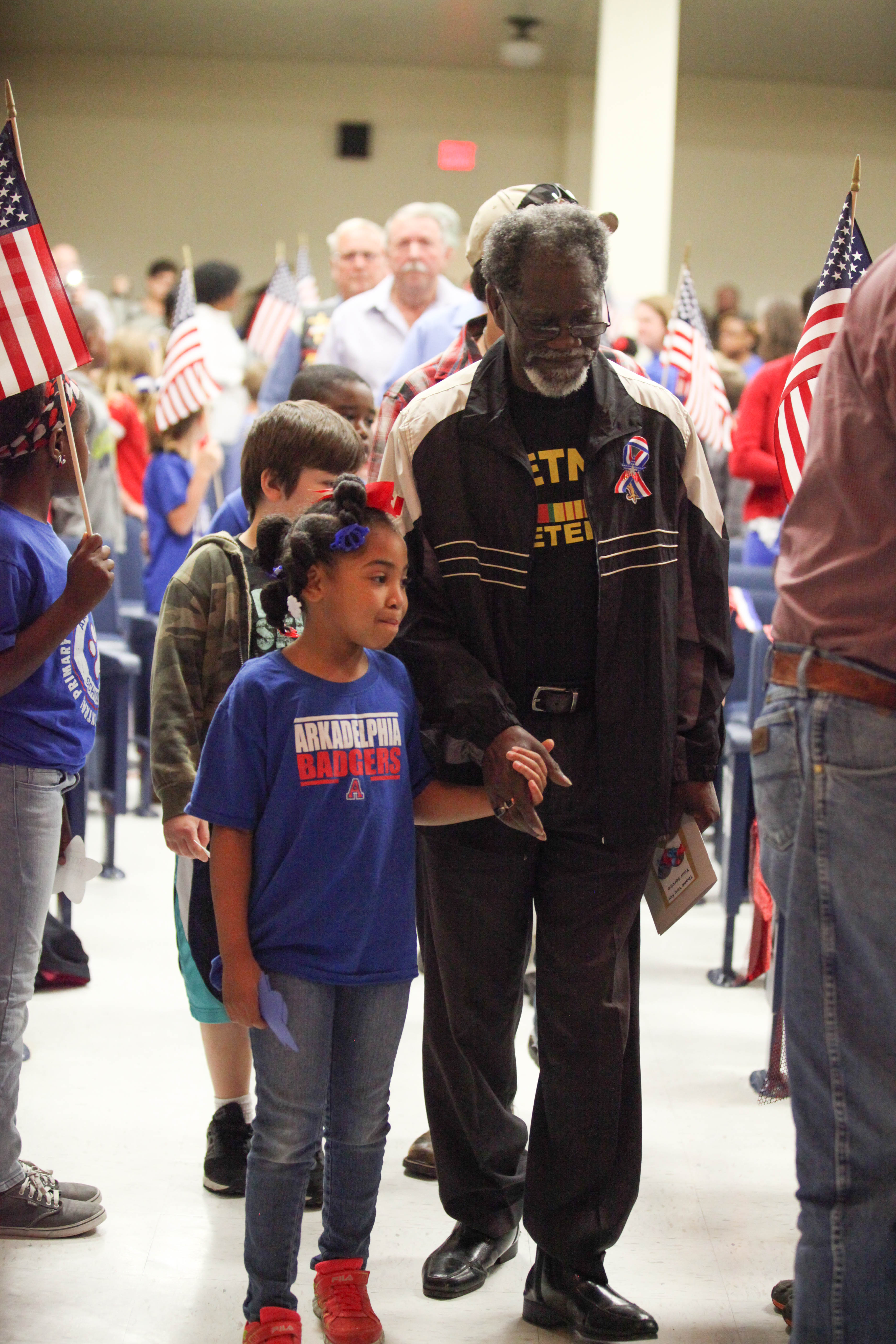 Central Primary School hosted its annual “Veterans Day Celebration” on Nov. 11. Central students had the opportunity to invite friends and family that serve or have served in the United States military and honor them with the special assembly.

“At Central Primary, it is our desire to help our students understand that freedom is not free,” Central Counselor Charlotte Dewitt said. “We want to give our students the opportunity to honor those brave men and women who have made sacrifices on our behalf.”

To kick off the assembly, local veterans entered Central’s auditorium down an aisle lined with students holding the American flag.

The assembly included three special tributes to our heroes: a video, song and wall of honor. The 11-minute video consisted of photos submitted by Central students of past and present Veterans they know that have served or are serving in each branch of the military. Following the video, the Veterans assembled at the front of the auditorium as every class stood and sang “We Will Not Forget.”

Prior to the assembly, students were asked to submit the names of veterans in their life and were given a star for each name submitted. Dewitt called out approximately 160 names, and students placed their stars on the “Our Heroes” wall in the Veterans’ honor.

“This assembly gives us the chance to honor friends and family members who have served or are still serving in the military,” Dewitt said. “Truly it is OUR honor to be able to honor our heroes.”

“It took MANY people working together to honor our veterans,” Dewitt said. “Every faculty and staff member at Central had an important role in making this day special for so many.”

Central Primary would like to thank the following volunteers who made this assembly possible: Charlotte Dewitt for organizing the assembly; Deborah McMillan for making the video honoring our heroes; Ryan Ellison, Kimberly Ellison, and Sandra Capps for decorating the auditorium; Pamela Harris for assisting with special music; Jana Kelly for being a star helper; Laurel Cannon for making ribbons for our honorary guests; Melinda Morris for speaking and supporting the assembly; and all classes at Central Primary for making the banners honoring our Veterans.

See photos from the assembly HERE.