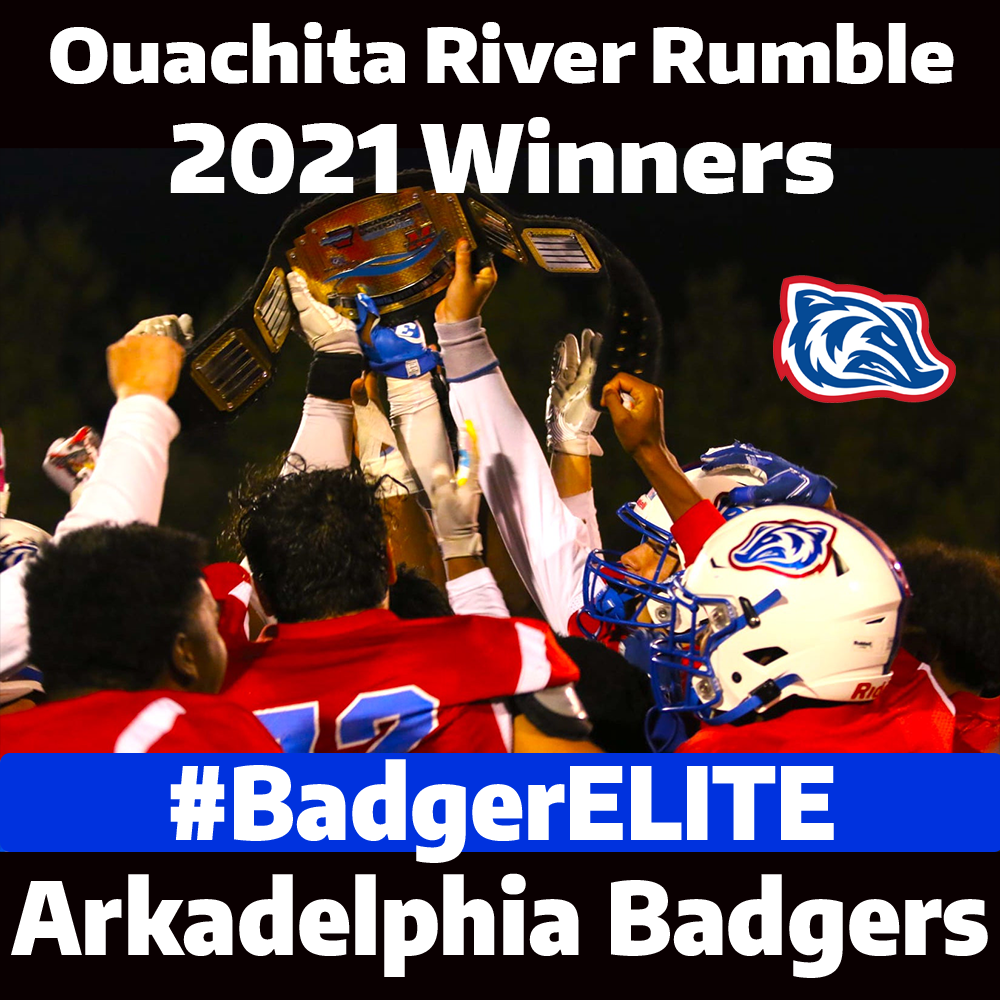 The Badger Football team ended the regular season Friday night by bringing the Belt back to Arkadelphia. The Badgers defeated the Malvern Leopards 49-13 in the 2021 Ouachita River Rumble sponsored by ASU Three Rivers. The Badgers were led by Junior Quarterback Donovan Whitten who had four touchdown passes and one rushing touchdown.

The Badgers end the regular season with a 7-3 record overall and a 6-1 conference record. The Badgers finished runner-up in the tough 4A-7 Conference. Congratulations to the Varsity Badger football team as well as Coach Trey Schucker and the Badger coaching staff on their successful regular season.

Now, the Badgers look toward a playoff run. Arkadelphia will host the Clinton Yellowjackets at Badger Stadium in the first round of the 4A State Playoffs next Friday night, November 12 beginning at 7:00 p.m.