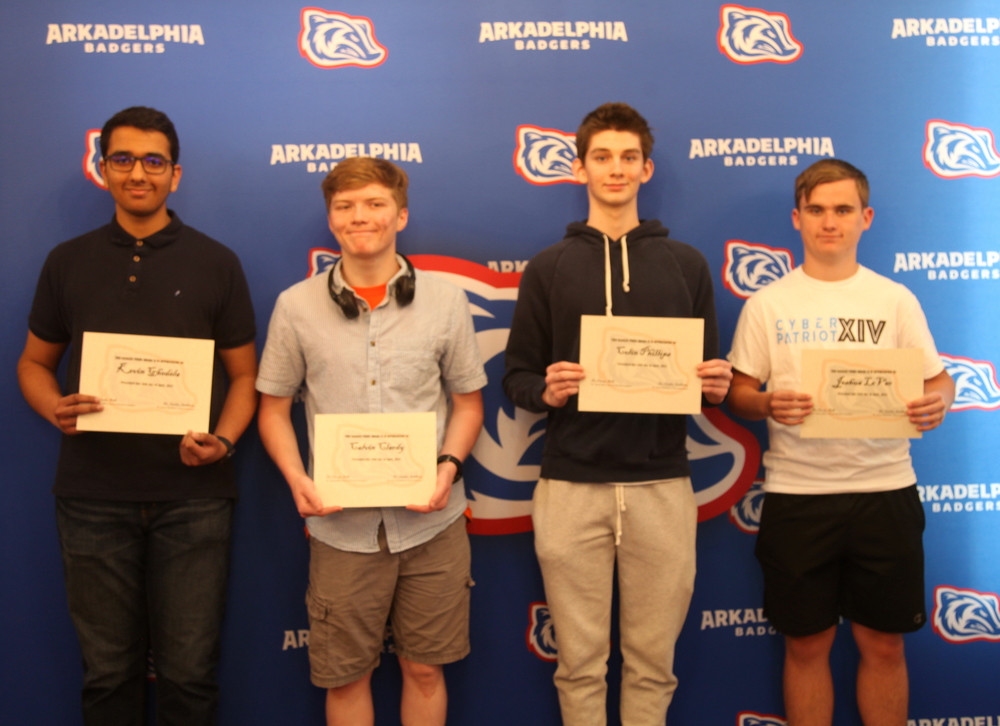 The Arkadelphia High School Cyberpatriot team, Badger Elite, was recognized at the April APSD School Board Meeting after their outstanding performance in the U.S. Air Force Cyberpatriot Competition during the 2021-22 season. Badger Elite qualified and competed in the U.S. CyberPatriot Semi-final Round in the Silver Tier Category on January 28, 2022. The Badgers qualified to compete in the nationwide competition by winning the Arkansas Cyberpatriot competition for the Silver Tier-Open Category during the December Competition. To qualify, a team must be in the top 25% of teams (based on State/December Round score) to advance to the Semifinal Round. 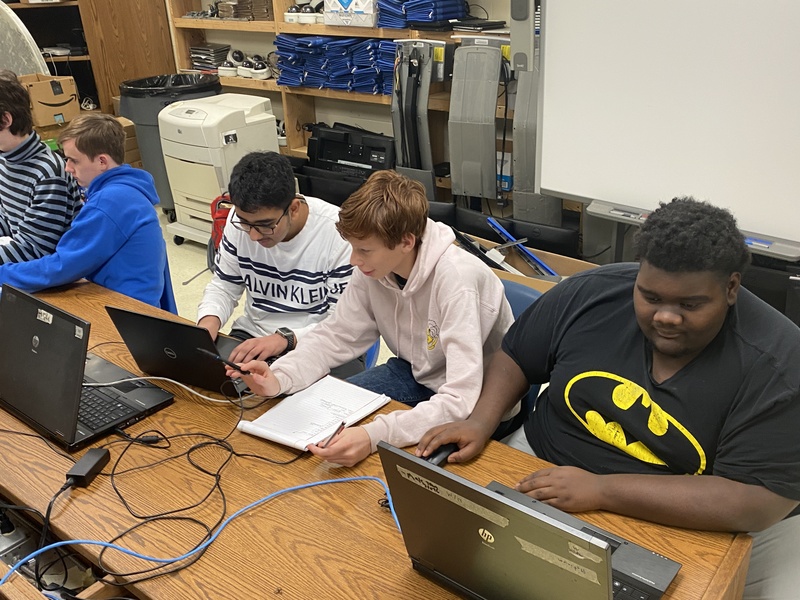 In the semi-finals competition, the AHS CyberPatriot team finished in third place among 111 competitors from across the United States and Canada. There were no other Arkansas teams competing in the Silver Tier. The team finished behind the first-place team from Colorado and second-place team from California. 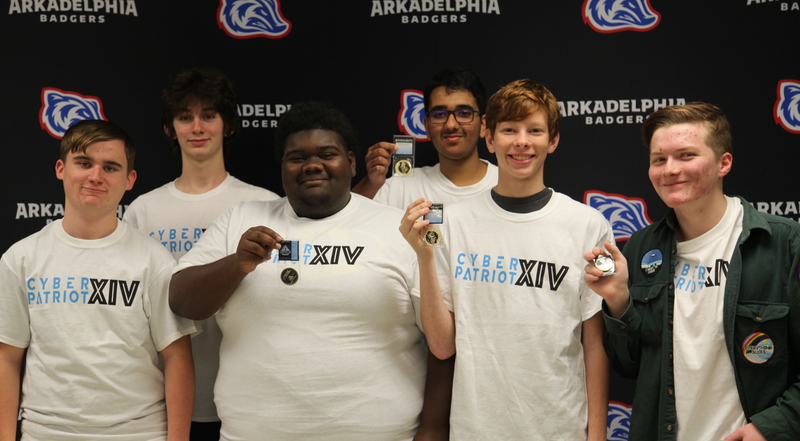 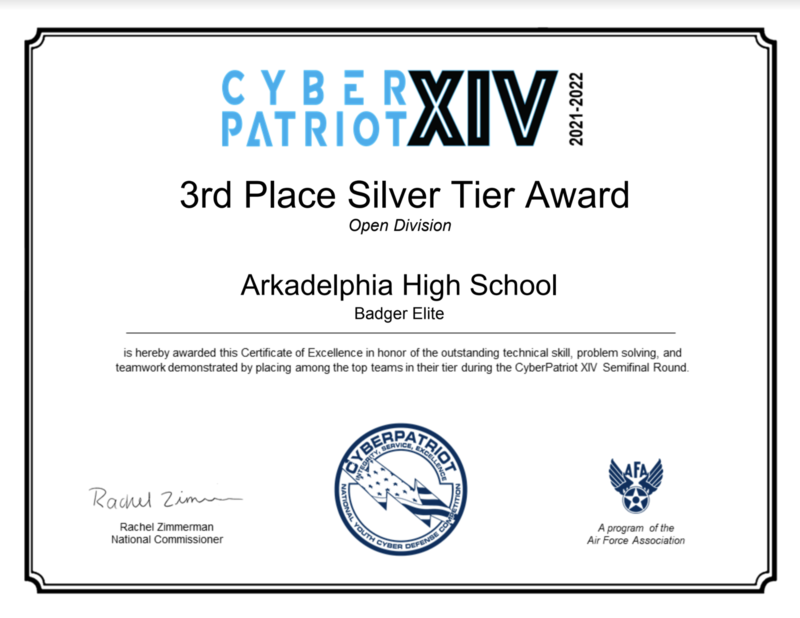